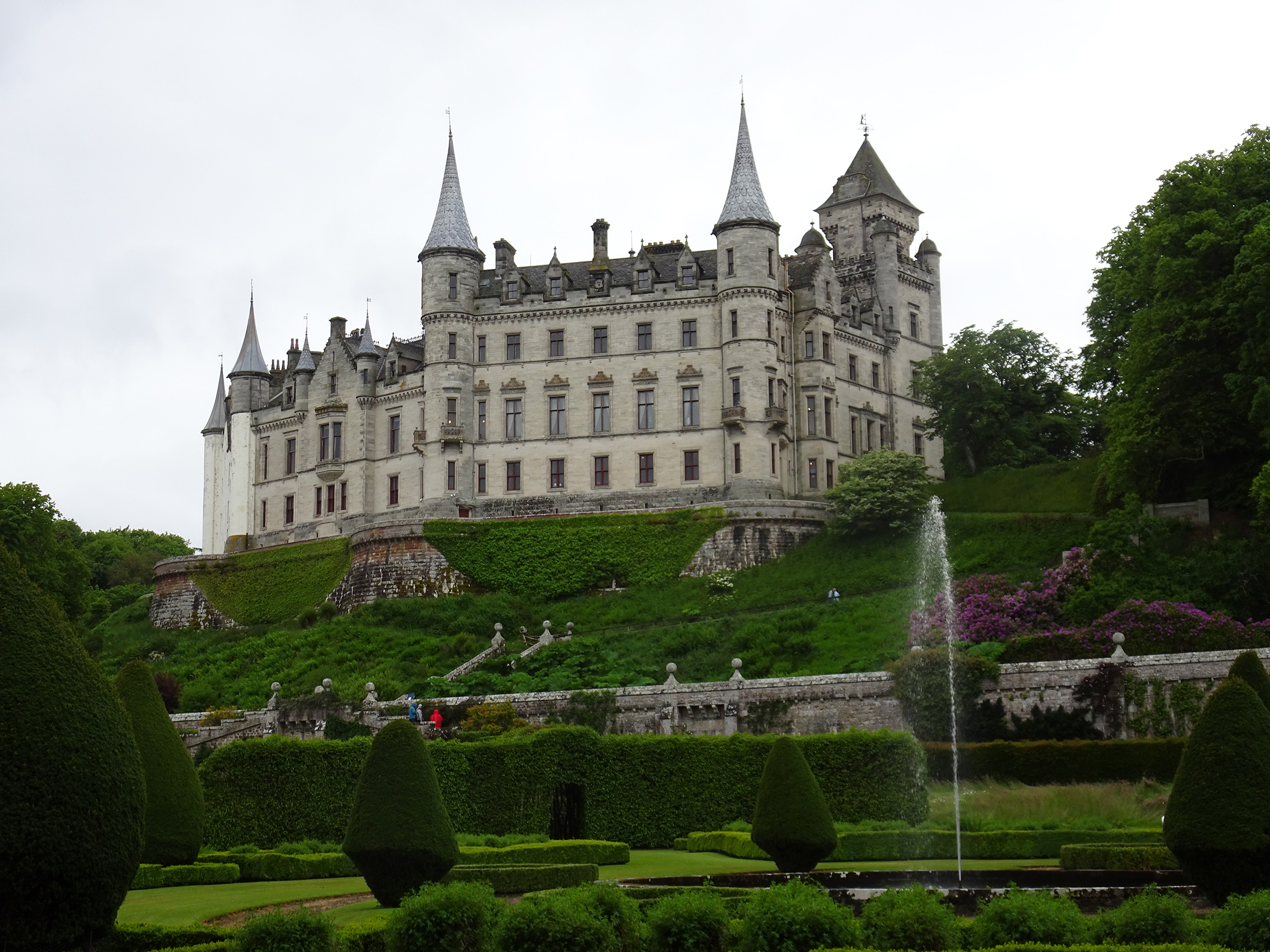 Starting on the NC500 route from Inverness, we travel up the East Coast of the Highlands. Our first stop on this tour is at the impressive Dunrobin Castle, the oldest part dating back to the 15th century, and home of the Earl of Sutherland. This is a very picturesque stately home, with extensive gardens designed by Sir Charles Barry, an amazing falconry display, and an incredible collection of taxidermy, if that’s the kind of thing you like! It’s a great example of a Scottish stately home, and you can take a tour round the inside of the castle if you choose. This will mean less time elsewhere, but that choice is up to you! If you are a whisky fan, or interested in seeing a distillery, we can stop by the Glenmorangie Distillery, which you can take a tour round to see some of the most distinctive stills out there. We can go and visit the Grey Cairns of Camster, Neolithic chambered cairns some 5000 years old, and among the oldest structures in Scotland. From here we could continue to the Whaligoe Steps, which were built to transport the “silver” herring and the “gold” whisky up the cliffside to the nearby towns. From here we will pass through Wick, which gives the whisky lover the opportunity to visit Old Pulteney, the most northern distillery on the UK mainland. If you are not a whisky fan, you can take this chance to grab a bite to eat. If you have a special occasion, you can visit the Mackays Hotel, on one of the smallest streets in the world. From Wick we continue north to John O’Groats, where on a clear day, you can see the Orkney Islands in the distance. Depending on where we have visited so far, there is a chance to go to Dunnet Head, which is the most northerly point on the map. Here you can see the lighthouse, and also venture on to the cliffs where you might spot puffins, and many other sea birds.

Disability Friendly: Yes. If we can make it possible, nothing can stop us (-:

Friendly: Yes. I have on Baby and 3 Child seats available

Duration: 8 hours starting at 9 am.

If you would like to extend the day to more than 8 hours there will be an extra charge of £30 per hour for the whole group.

'price at time of booking'

Please bear in mind that we will not be able to fit tours in and visit every place listed. If you choose to do any tours, this will limit your time elsewhere, and we may not get to all destinations. Tours may need to be booked in advance – please get in touch to discuss what you would like to see. Dunrobin Castle, Glenmorangie Distillery, Whaligoe Steps, Grey Cairns of Camster, Wick, Old Pulteney, John O’Groats, Dunnet Head.

Anywhere between Elgin and Inverness including airport, railway or bus station, Invergordon Port, hotels, B&B. I will either come into reception or have a name board as appropriate.
Please specify the exact location where you would like to be collected.
My tours generally start at 9:00 am, please specify if you would like a different time.

End location: I will return you to your place of choice in the area as above.

Location options: Address or Intersection upon Traveller's request, Airport, Cruise Ship Port, Hotel, Monument/Building upon Traveller's request, Rail or Bus Station, Specified by Guide, I will be waiting for you with a sign saying TORSTEN If you would like to extend the day to more than 8 hours there will be an extra charge of 30 pounds per hour for the whole group.

If you have an emergency within 24 hours of departure or while you are travelling, you can contact us any of the following ways: